Amazon said it delivered billions of products globally this holiday season as it wraps up what is expected to be a record fourth fiscal quarter amid the ongoing pandemic.

In a new blog post, the Seattle tech giant said it had a “record-breaking holiday season” with the “biggest-ever customer savings, small business growth, and community giving.” It delivered more than 1.5 billion toys, home products, beauty and personal care products, and electronics.

Third-party sales on Amazon’s marketplace rose more than 50% year-over-year worldwide. The company has “absorbed” more than $5 billion in operational costs on behalf of independent sellers this year and said previously it will postpone an annual fulfillment fee increase through June 1 due to the pandemic.

The growth of its third-party arm and Amazon’s support for independent sellers comes as it faces antitrust scrutiny from lawmakers and former Amazon sellers who claim the company abuses its role as marketplace arbiter.

Amazon said on Dec. 1 that independent businesses saw sales increase to $4.8 billion from Black Friday to Cyber Monday, up 60% year-over-year.

Amazon will report fourth quarter financials likely next month. As part of its record-breaking third quarter earnings report, Amazon said it expects revenue in the fourth quarter between $112 and $121 billion. That would be a year-over-year increase of 28% to 38%, and the first $100 billion-plus quarter for Amazon. It’s also well past the previous record ($96.1 billion) that was just set in the third quarter. 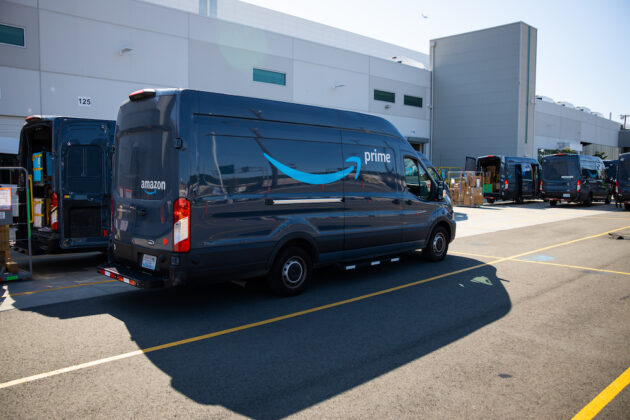 U.S. e-commerce sales grew 47.2% year-over-year from Nov. 1 to Dec. 24, according to Mastercard SpendingPulse. Online sales accounted for 19.7% of overall retail, up from 13.4% last year. The ecommerce surge comes as thousands of small businesses shut down due to coronavirus crisis.

To help meet demand, Amazon has been on a hiring spree, adding 400,000 full- and part-time jobs this year and 100,000 in October alone. It eclipsed the 1 million employee mark for the first time last quarter and employed 1.13 million people worldwide as of Sept. 30, up 50% from this time last year. It is inching closer to retail rival Walmart, the nation’s largest employer with more than 2.2 million people.

Amazon is also spending heavily to meet delivery promises and to help keep workers safe during the pandemic. Amazon CFO Brian Olsavsky said in October that the company will grow its fulfillment capacity by 50% this year and has invested $30 billion on capital expenditures, or the cost to purchase and operate fixed assets such as warehouses and delivery stations. A large chunk of that is going to the company’s operations areas.

Amazon has been building out its own logistics network over the past several years, buying up planes, trucks, and more warehouses. The company seemed to avoid any large delivery delays this holiday season. The Washington Post reported that USPS suffered “widespread delays” this month.

Meanwhile, Amazon’s shipping costs are skyrocketing as it aims to speed up deliveries to more than 150 million Prime members. During Q3, Amazon spent $15 billion on shipping, up 57%. Its annual shipping costs will likely be north of $50 billion.

Amazon’s COVID-19 expense is already at $7.5 billion for this year and it expects to incur another $4 billion in COVID-19-related costs during the fourth quarter. The cost calculation includes money spent to help keep employees safe; additional pay for workers; and more. It also factors in lost productivity from changes in Amazon’s process, such as ramping up more new employees, or enforcing social distancing rules inside warehouses.

Amazon said it has added $2.5 billion in bonus pay for frontline workers this year.